Converse footwear “win a free Father & Son week at the Olympics, in the Converse Sneakerstakes” 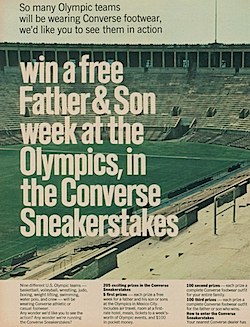 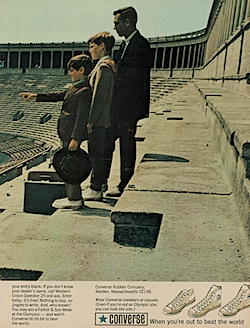 So many Olympic teams will be wearing Converse footwear, we’d like you to see them in action

win a free Father & Son week at the Olympics, in the Converse Sneakerstakes 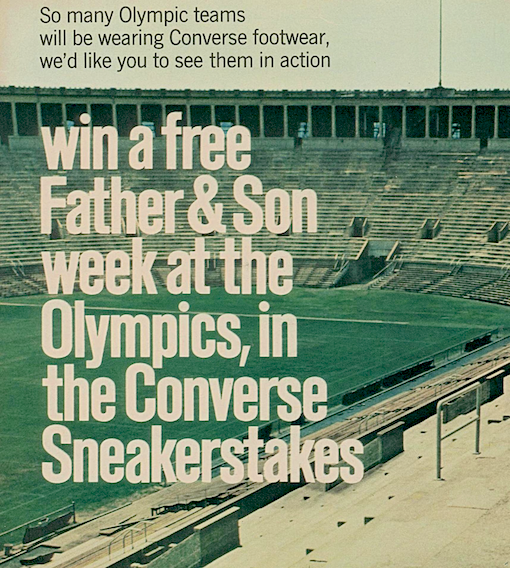 205 exciting prizes in the Converse Sneakerstakes

5 first prizes – each prize a free week for a father and his son or sons
at the Olympics in Mexico City.
Includes air travel, room at a first-rate hotel, meals, tickets to a week’s- worth of Olympic events, and $100 in pocket money.

100 second prizes – each prize a complete Converse footwear outfit for your entire family.

100 third prizes – each prize a complete Converse footwear outfit for the father or son who wins.

How to enter the Converse Sneakerstakes
Your nearest Converse dealer has

your entry blank. If you don’t know your dealer’s name, call Western Union Operator 25 and ask. Enter today. It’s free! Nothing to buy, no jingles to write. And, who knows? You may win a Father & Son Week at the Olympics – and watch Converse do its bit to beat the world. 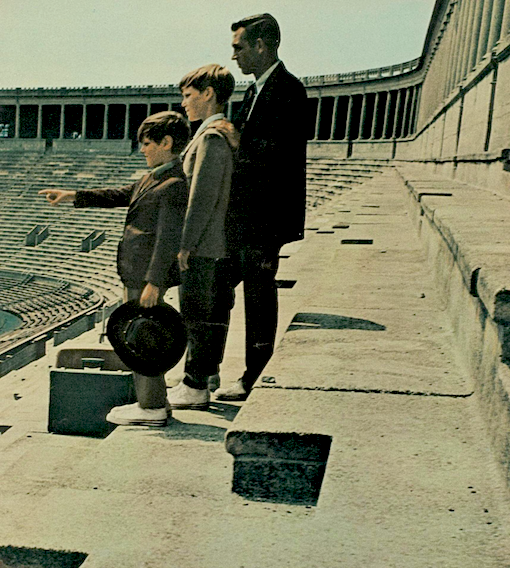 Wear Converse sneakers or casuals. (Even if you’re not an Olympic star, you can look like one.) 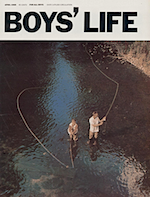 Converse red canvas All Star “There is only one All Star. Converse makes it. Only sporting goods dealers sell it.”