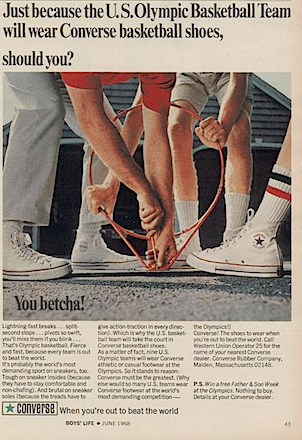 Just because the U.S.Olympic Basketball Team will wear Converse basketball shoes, should you? 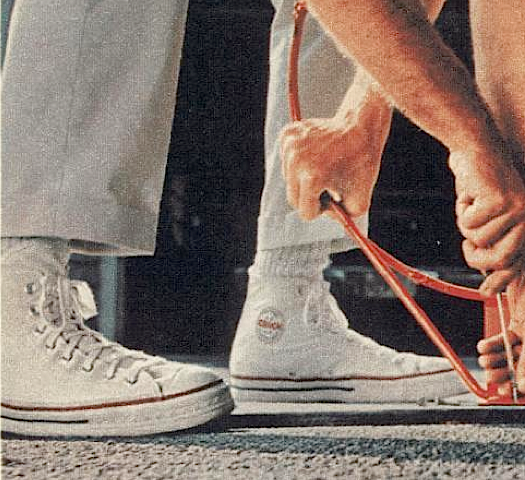 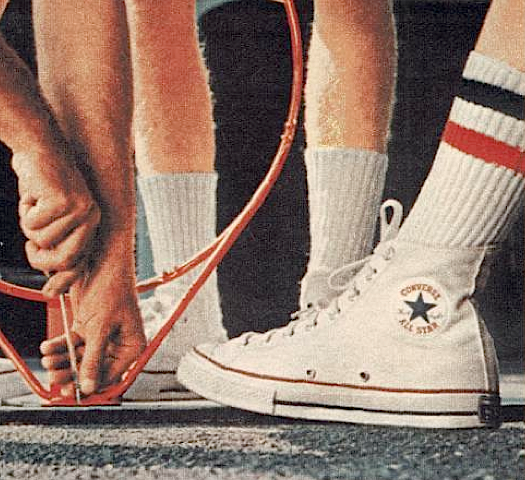 Lightning-fast breaks… split-second stops… pivots so swift, you’ll miss them if you blink… That’s Olympic basketball. Fierce and fast, because every team is out to beat the world.

It’s probably the world’s most demanding sport on sneakers, too.

Tough on sneaker insides (because they have to stay comfortable and non-chafing). And brutal on sneaker soles (because the treads have to give action-traction in every direction). Which is why the U.S. basketball team will take the court in Converse basketball shoes. As a matter of fact, nine U.S. Olympic teams will wear Converse athletic or casual footwear at the Olympics. So it stands to reason: Converse must be the greatest. (Why else would so many U.S. teams wear Converse footwear at the world’s most demanding competition – the Olympics!)

Converse! The shoes to wear when you’re out to beat the world. Call Western Union Operator 25 for the name of your nearest Converse dealer. Converse Rubber Company, Malden, Massachusetts 02148.

P.S. Win a free Father & Son Week at the Olympics. Nothing to buy Details at your Converse dealer. 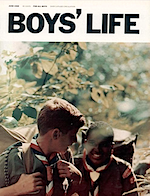 converse boating shoes “if our boating shoes and foul weather suits make you the best hand on deck … isn’t that what you expected?”

Converse All Star / Coach / leather All Star basketball shoes “Step into the shoes of the greatest basketball players in the world.”