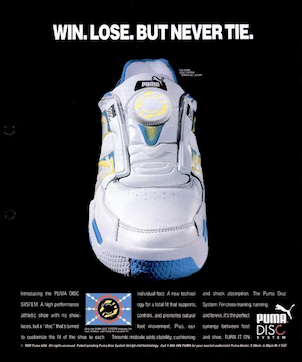 Introducing the PUMA DISC SYSTEM. A high performance athletic shoe with no shoe-laces, but a “disc” that’s turned to customize the fit of the shoe to each individual foot. A new technology for a total fit that supports. controls, and promotes natural foot movement. Plus, our Trinomic midsole adds stability, cushioning and shock absorption. The Puma Disc System, For cross-training, running, and tennis, its the prefect synergy between foot and shoe.
TURN IT ON. PUMA DISC SYSTEM 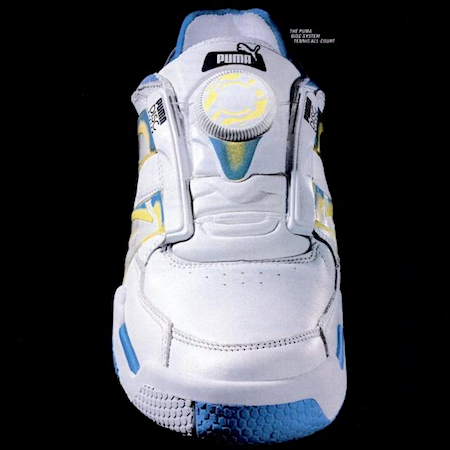 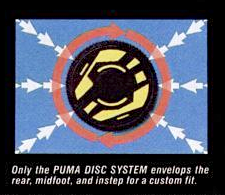 Only the PUMA DISC SYSTEM envelops the
rear. midfoot. and instep for a custom fit. 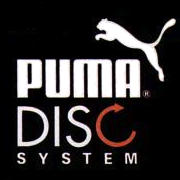