Nike Air Mowabb LONG BEFORE THE INVENTION OF CEILINGS AND WALLS 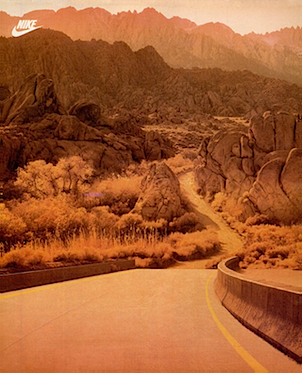 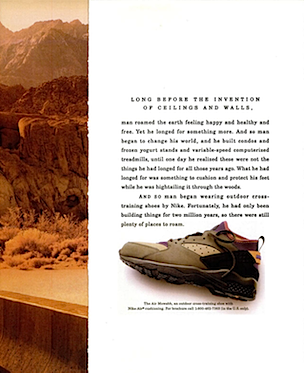 LONG BEFORE THE INVENTION OF CEILINGS AND WALLS,

man roamed the earth feeling happy and healthy and free. Yet he longed for something more. And so man began to change his world, and he built condos and frozen yogurt stands and variable-speed computerized treadmills, until one day he realized these were not the things he had longed for all those years ago. What he had longed for was something to cushion and protect his feet while he was hightailing it through the woods.

AND SO man began wearing outdoor cross-training shoes by Nike. Fortunately, he had only been building thing for two million years, so there were still plenty of places to roam. 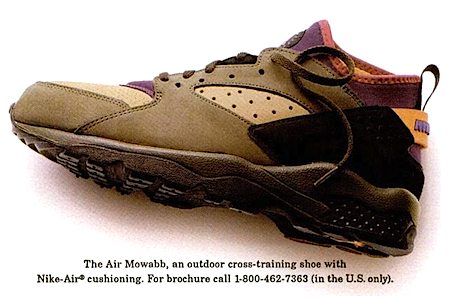 The Air Mowabb, an outdoor cross-training shoe with Nike-Air cushioning.

Nike Liberator / Lady All Court / Lady Roadrunner The Athlete’s Foot “BEFORE WE FIT YOU WE’D LIKE TO GRILL YOU.”

Nike and JCPenney shoes “Our starting lineup for kids in 1984”

Nike Air Force 2 MAKE IT FEEL LIKE THE GARDEN.

Nike Women’s Air Force III “WHO SAID WOMAN WAS NOT MEANT TO FLY.”