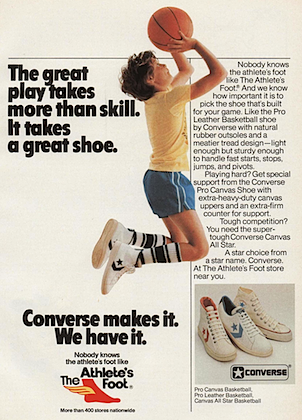 The great play takes more than skill. It takes a great shoe.

Nobody knows the athlete’s foot like The Athlete’s Foot, And we know how important it is to pick the shoe that’s built for your game, Like the Pro Leather Basketball shoe by Converse with natural rubber outsoles and a meatier tread design-light enough but sturdy enough to handle fast starts, stops, jumps, and pivots. Playing hard? Get special support from the Converse Pro Canvas Shoe with extra-heavy-duty canvas uppers and an extra-firm counter for support. Tough competition? You need the super-tough Converse Canvas All Star. A star choice from a star name. Converse. At The Athlete’s Foot store near you. 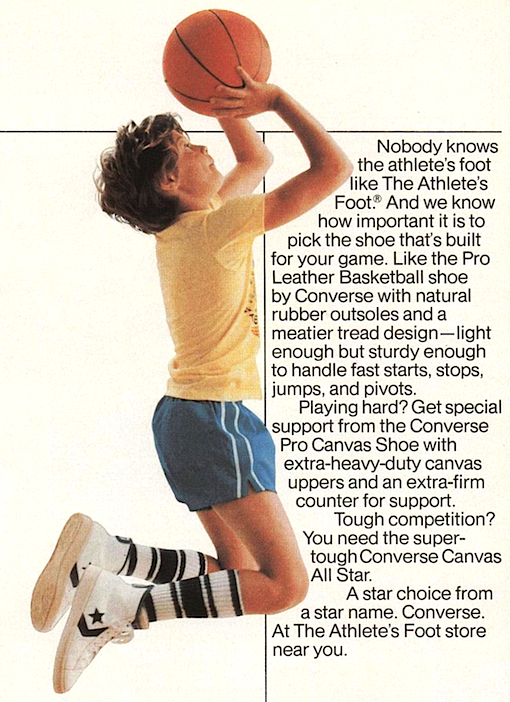 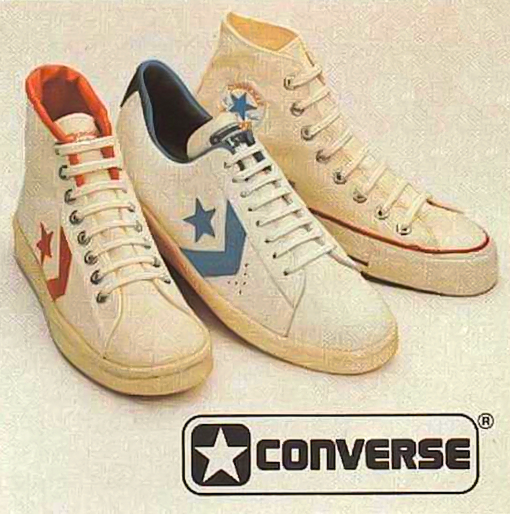 Converse makes it. We have it. 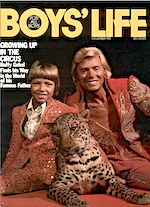 Converse Chris Evert and Jimmy Connors “Introducing the only thing Connors and Evert will put between themselves and a tennis court.”

Converse “step into Converse. the pros do.”

Converse All Stars Now basketball shoes are more colorful than ever.