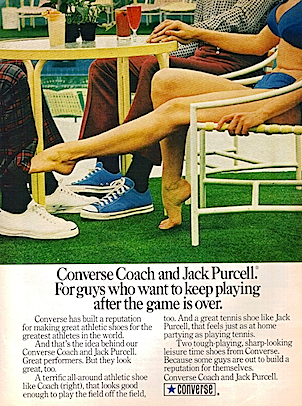 Converse Coach and Jack Purcell. For guys who want to keep playing after the game is over.

Converse has built a reputation for making great athletic shoes for the greatest athletes in the world. And that’s the idea behind our Converse Coach and Jack Purcell. Great performers. But they look great, too.

A terrific all-around athletic shoe like Coach (right), that looks good enough to play the field off the field, too. And a great tennis shoe like Jack Purcell, that feels just as at home partying as playing tennis. Two tough-playing, sharp-lookig leisure time shoes from Converse.

Because some guys are out to build a reputation for themselves. 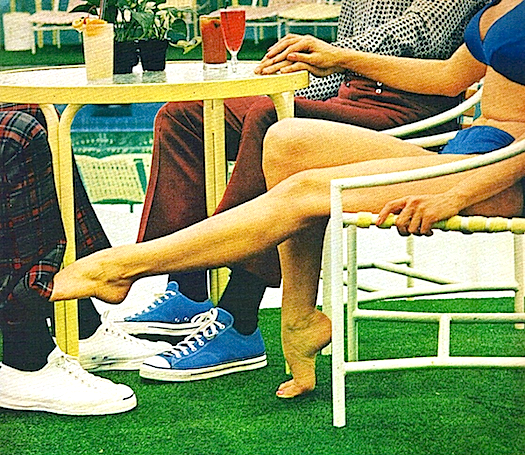 Converse Chris Evert and Jimmy Connors “The only tennis star to win both the men’s and women’s U.S.Open.”

Sears The Winner “Built by CONVERSE. Just for SEARS.”

Converse Fastbreak “A LIGHTWEIGHT FOR THE HEAVY WEIGHT.”

Converse Chris Evert and Jimmy Connors “Converse announces two new high performance tennis shoes with something in them no one else has.”

Converse Coach “Converse offers you the all around athletic shoe … Coach … and a chance to get professional coaching in your favorite sport.”

Sears The Winner “Get the feel of a Winner!”