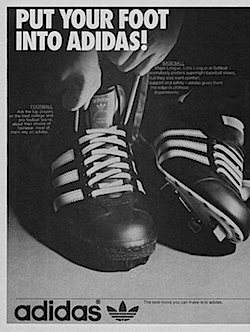 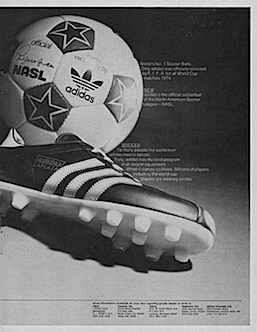 PUT YOUR FOOT INTO ADIDAS!

FOOTBALL
Ask the top players on the best college and pro football teams about their choice of footwear most of them rely on adidas.

BASEBALL
Major League, Little League or Softball – everybody prefers superlight baseball shoes, but they also want comfort, support and safety – adidas gives them the edge in all these departments. 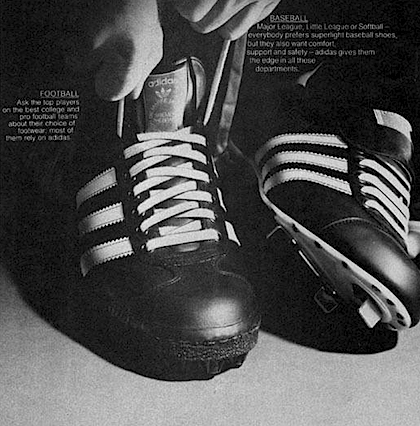 World’s No.1 Soccer Balls. Only adidas was officially selected by F.I.F.A. for all World Cup matches 1974.

NEW
adidas is the official soccerball of the North American Soccer League -NASL.

SOCCER
To many people the world over adidas means soccer. Truly, adidas has the best program in all soccer equipment. When it comes to shoes Millions of players including the world cup players are wearing adidas. 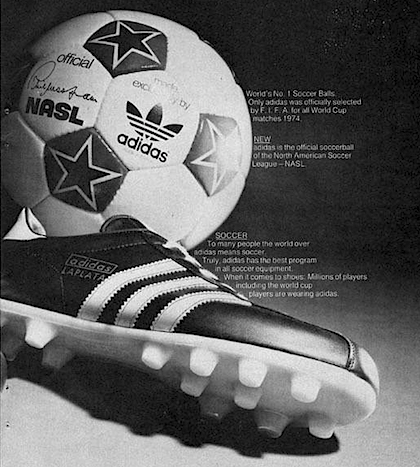 adidas
The best move you can make is to adidas.

adidas football boots / Trevor Francis “The mark of a winner”

adidas Marathon 80 “We’ve got a feeling for wining”

Foot Locker “Women’s feet are separate but equal at the Foot Locker.”