Converse Chris Evert and Jimmy Connors “Converse announces two new high performance tennis shoes with something in them no one else has.” 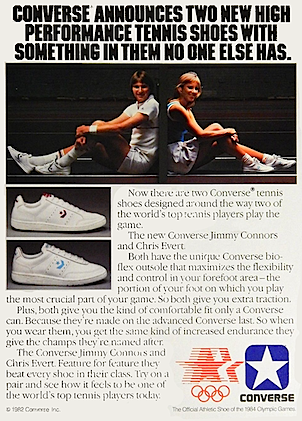 Converse announces two new high performance tennis shoes with something in them no one else has.

Now there are two Converse tennis shoes designed around the way two of the world’s top tennis players play the game.

Both have the unique Converse bioflex out-sole that maximizes the flexibility and control in your forefoot area – the portion of your foot on which you play the most crucial part of your game. So both give you extra traction.

Plus, both give you the kind of comfortable fit only a Converse can. Because they’re made on the advanced Converse last. So when you wear them, you get the same kind of increased endurance they give the champs they’re named after.

The Converse Jimmy Connors and Chris Evert Feature for feature they beat every shoe in their class. Try on a pair and see how it feels to be one of the world’s top tennis players today. 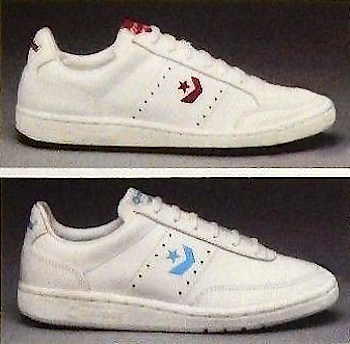 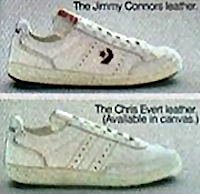 converse
The Official Athletic Shoe of the 1984 Olympic Games.

Converse All Star “LIMOUSINES FOR YOUR FEET.”