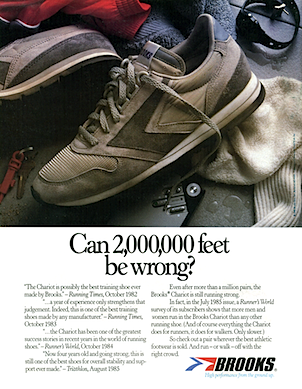 “… the Chariot has been one of the greatest success stories in recent years in the world of running shoes.” – Runner’s World, October 1984

“Now four years old and going strong, this is still one of the best shoes for overall stability and support ever made.” – Triathlon, August 1985

Even after more than a million pairs, the Brooks Chariot is still running strong.

In fact, in the July 1985 issue, a Runner’s World survey of its subscribers shows that more men and women run in the Brooks Chariot than any other running shoe. (And of course everything the Chariot does for runners, it does for walkers. Only slower.)

So check out a pair wherever the best athletic footwear is sold. And run – or walk – off with the right crowd. 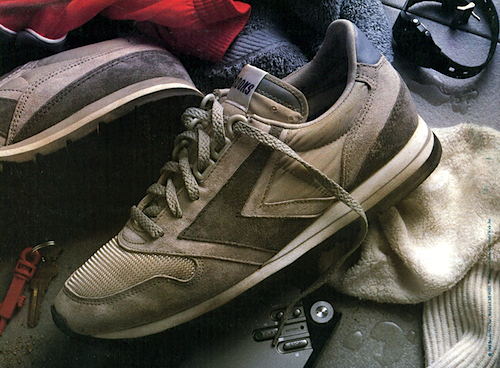 Brooks
High performance from the ground up.

Brooks football cleats “DEAR ROGER STAUBACH: WHO IS THE MOST IMPORTANT PLAYER ON A FOOTBALL TEAM ?”

Foot Locker “We put women on an equal footing in every sport.”