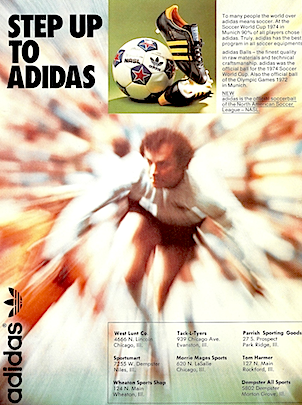 STEP UP TO ADIDAS

To many people the world over adidas means soccer. At the Soccer World Cup 1974 in Munich 90% of all players chose adidas. Truly, adidas has the best program in all soccer equipments

NEW
adidas is the official soccerball of the North American Soccer League – NASL. 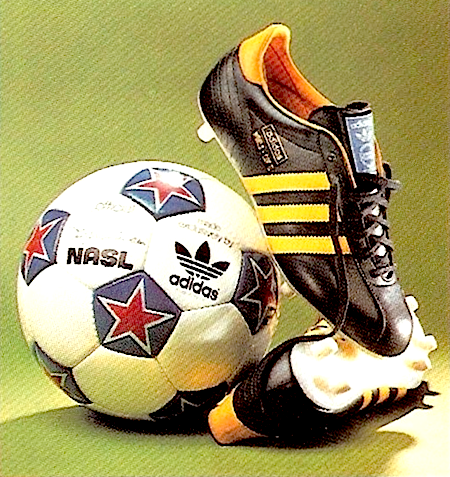 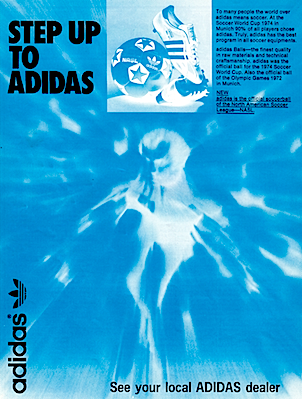 adidas Penarol / 2000 football boots “What do goal-getters like most?”

adidas Vienna, Shooting Star “Daddy… I wish I could have this original adidas shoe!”

adidas Star football shoe “Weather for ducks … and the star”