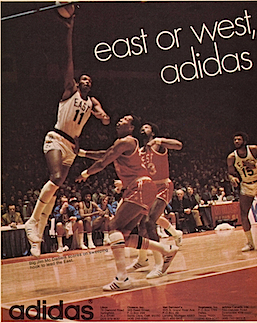 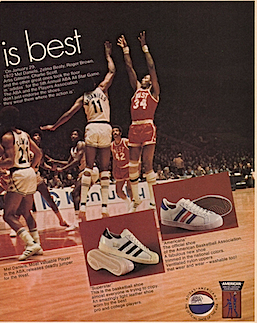 east or west adidas is best

“On January 29, 1972 Mel Daniels, Zelmo Beaty, Roger Brown, Artis Gilmore, Charlie Scott and the other great ones took the floor in “adidas” for the 5th Annual ABA All Star Game. The ABA and the Players Association don’t just endorse the shoes, they wear them where the action is”. 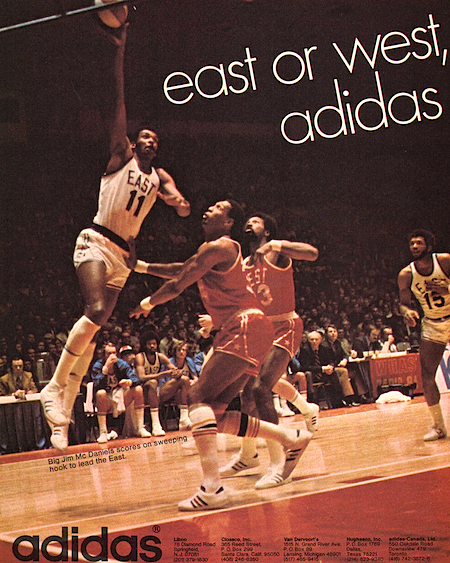 Mel Daniels, Most Valuable Player in the ABA, releases deadly jumper for the West. 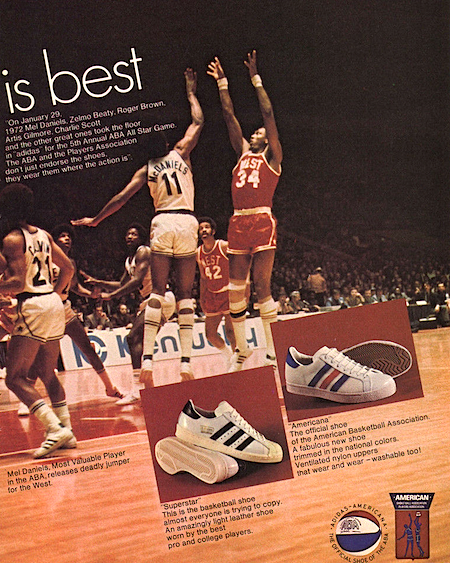 “Superstar”
This is the basketball shoe almost everyone is trying to copy. An amazingly light leather shoe worn by the best pro and college players. 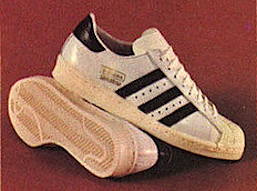 “Americana”
The official shoe of the American Basketball Association. A fabulous new shoe trimmed in the national colors. Ventilated nylon uppers that wear and wear – washable too! 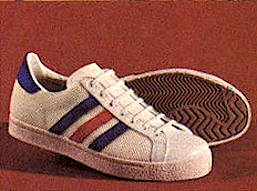 ADIDAS – AMERICANA
THE OFFICIAL SHOE OF THE ABA

Wherever you live, run in New York. adidas reports: Whether yo...