PRO-Keds Royal-Lites “If you want to fill Nate Archibald’s shoes someday, start with his shoes. PRO-Keds” 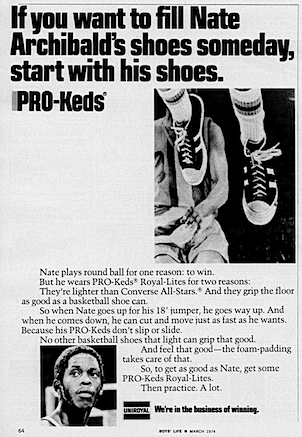 If you want to fill Nate Archibald’s shoes someday, start with his shoes. PRO-Keds 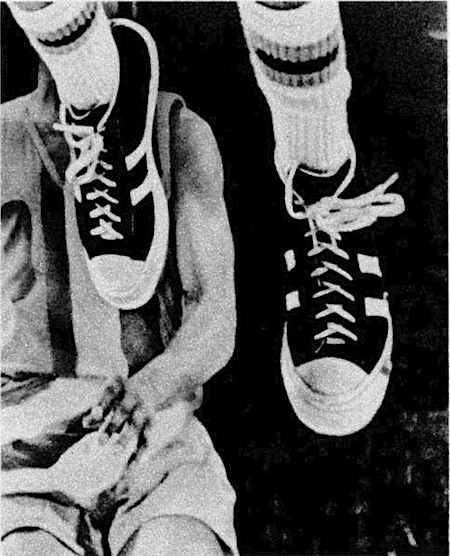 Nate plays round ball for one reason: to win. But he wears PRO-Keds Royal-Lites for two reasons: They’re lighter than Converse All-Stars. And they grip the floor as good as a basketball shoe can.

So when Nate goes up for his 18′ jumper, he goes way up. And when he comes down, he can cut and move just as fast as he wants. Because his PRO-Keds don’t slip or slide. No other basketball shoes that light can grip that good. And feel that good-the foam-padding takes care of that. So, to get as good as Nate, get some PRO-Keds Royal-Lites. Then practice. A lot. 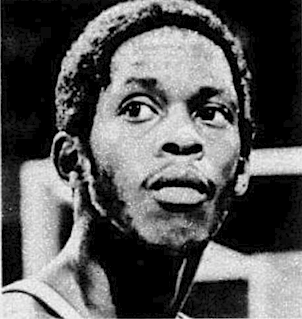 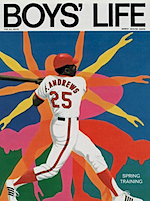 Pro-Keds All-Pros We challenge any other shoe. Anytime. Anywhere.